A massive congratulations to the newest GD1 portfolio company Latch!

Latch has impressive investor backing and we are proud to join the likes of US-based VC Craft Ventures, as well as local Phase One Ventures, and several founders at some of the world's biggest tech companies!

"New legal tech startup Latch is launching into the US market at the end of this month after raising US$1.4 million ($2.3m) in a pre-seed capital raise.

The startup was co-founded last year by former lawyer and now chief executive Min-Kyu Jung and chief technical officer Jacob Duligall. Latch has developed technology for in-house legal teams so they can focus on legal rather than administrative work by automating routine contracting processes.

Jung spent three months in San Francisco between May and August this year calling “every single person in my very limited Rolodex of contacts to get as many introductions as I could” to try to raise the capital. He also cold-called a number of investors and venture capitalists.

Those who answered his calls include US-based VC firm Craft Ventures (which has also backed the likes of Airbnb, Reddit, and Slack) and Pioneer incubator founder and Cue co-founder Daniel Gross. Local investors include GD1 and Phase One Ventures and GD1 has nominated Jung for the Forbes 30 under 30.

The money raised was in the form of SAFE notes, which allows the investors to provide capital upfront while purchasing a certain number of shares for an agreed price the next time it raises money (when its valuation should be higher). One of the conditions set by the US investors was that Latch (formerly called Accord) set up a Delaware-registered company for its parent company, Accord Software Incorporated.

‍
Jung latched upon the idea for the startup while working at Bell Gully as a corporate lawyer where he became frustrated at the amount of time he spent proofing and handling contracts.

“I knew first-hand that processes around working with contracts leave a lot to be desired but, at the same time, contracts are super important,” he said.

“They’re actually the most important business innovation in human history, in my opinion, as way back since Mesopotamia and 2300 BC when records for the first ever contracts started appearing.”

He ended up teaching himself how to code, leaving his corporate career, and building the startup.

Jung identified a gap in the mid-market segment where a small team of highly qualified lawyers doesn’t have anyone to delegate the more mundane routine contracting work to.

While there was already lots of competition in the legal tech space, Jung said it had been a fragmented market and no one company had yet achieved market dominance.

“Legal digital contracting is a market where we’re still early on and we’re still five to 10 years away from seeing real, true, genuine market leaders emerge.”

One competitor in the legal tech space is Tauranga-based LawVu, which raised $20m earlier this year in an extension to its $17m Series A capital raising round last year. The funding was led by existing investors, New York-based VC firm Insight Partners and Australian VC firm Air Tree Ventures.

From lawyer to entrepreneur

‍
Korean-born Jung’s dream job as a child was to be a football manager and replace Sir Alex Ferguson at Manchester United. His parents urged him to go for a career in either investment banking, consulting, or the law.

The 28-year-old chose law but soon had a hankering for something more entrepreneurial.

He was one of four co-founders that started up a home tutoring company, Tutor House, while studying at Auckland University. It grew to up to 100 tutors before they sold it off to another competitor in the field. Jung said it paid for a trip to Europe, “which was nice”.

“The main benefit of that experience was this realisation that we don’t need permission to sell things that people want, we could just go into it. And that was a really liberating experience. And that lead directly to me realising I could do the same with Latch.”’

He said shifting from being a lawyer to an entrepreneur had been fun so far.

“For starters, I show up to work in a t-shirt and shorts most days, which is a bit of an adjustment,” he said. “But other than that, I think the main difference is, at the law firm the focus is very much on mitigating risk …  The focus is on getting things right rather than being super-fast and innovative necessarily, whereas at a startup, the default position is that you’re going to fail, that’s the most likely outcome.

“So the focus is actually on moving really quickly and innovating quickly, even if it means that things aren’t perfect the first time around.”

‍
Jung said he decided to bypass the New Zealand market and sell the digital contracting product into the US first. It will sell on an annual subscription-as-a-service model.

“We think that is the biggest market in the world and the most important one. We don’t think there’s a good reason to start with New Zealand other than just pure inertia because that’s where we happened to be geographically based.”

Jung said he was still figuring out whether the company would stay based in Auckland but a move to the US was likely, or a model similar to Rocket Lab where it would have a US and New Zealand presence.

“We think the Bay Area is probably the best place in the world to build a startup at the moment. Even with Covid, we still think that is the best place. And we also think that’s the best place to sell into as well. There’s a lot more money flowing around in that ecosystem and the companies there are a lot more open to trying out products from crazy new startups as well.”

The goal is to hit $1m in annual recurring revenue funded by the capital it has raised, which Jung hopes will last at least two years.

“We want to become one of the most important companies in the world. And I think to do that we need to grow really fast.”

Jung wouldn’t disclose what the capital raise valued the startup at. He currently technically owns 100% of Latch’s parent company though his co-founder and other employees will gain shares under an employee stock ownership plan (ESOP) that has a four-year vesting period and external investment will eventually dilute his stake." - NBR 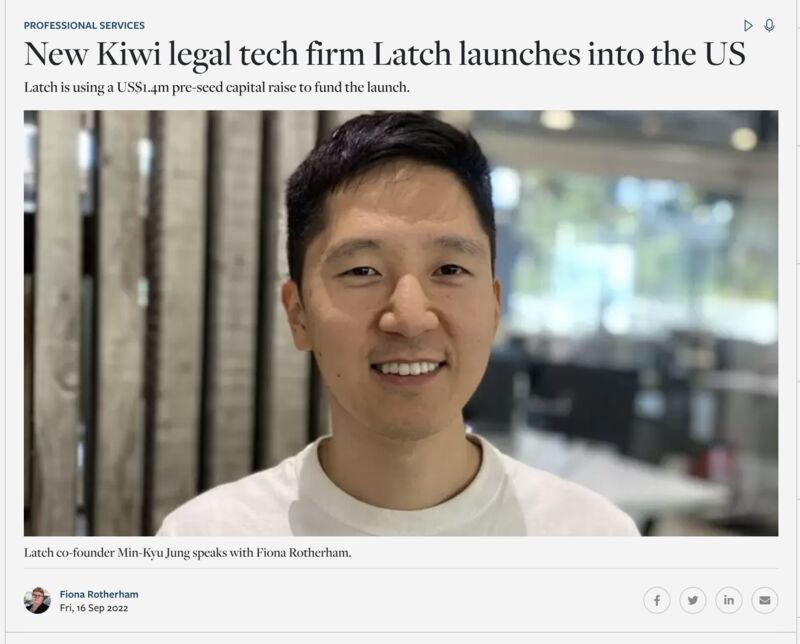 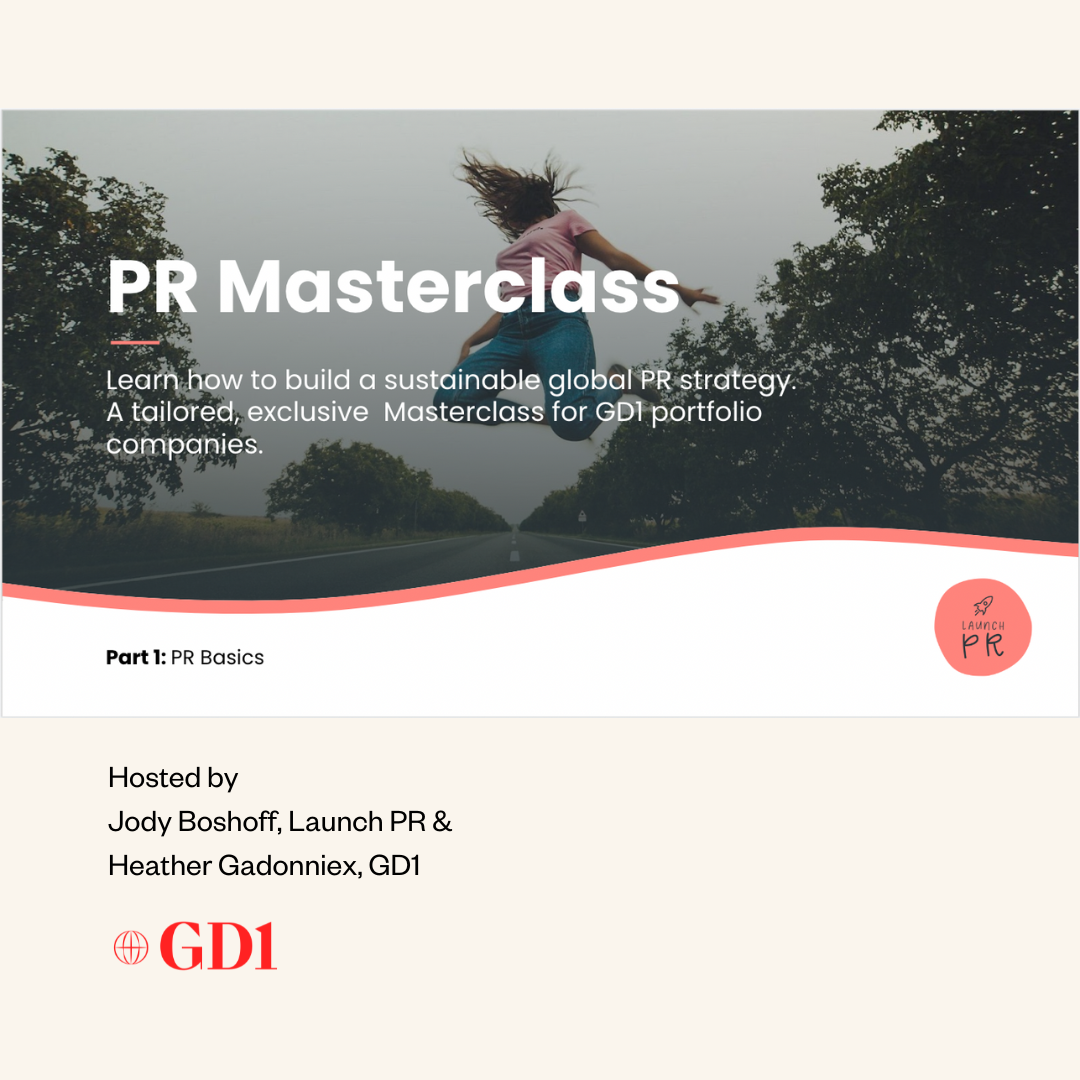 PR Masterclass round-up: making and staying in the news 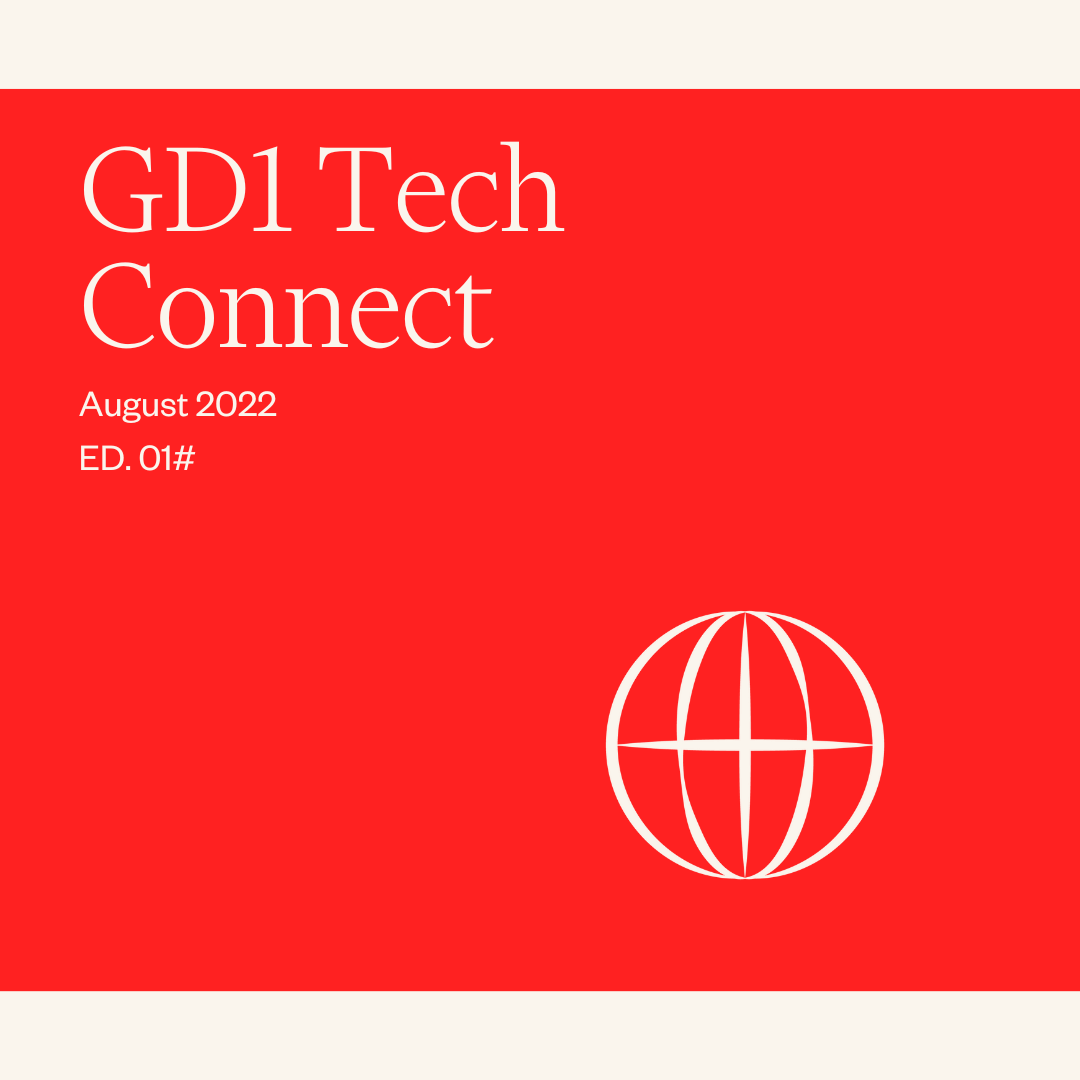